Women in Business: A Lesson on Empowerment 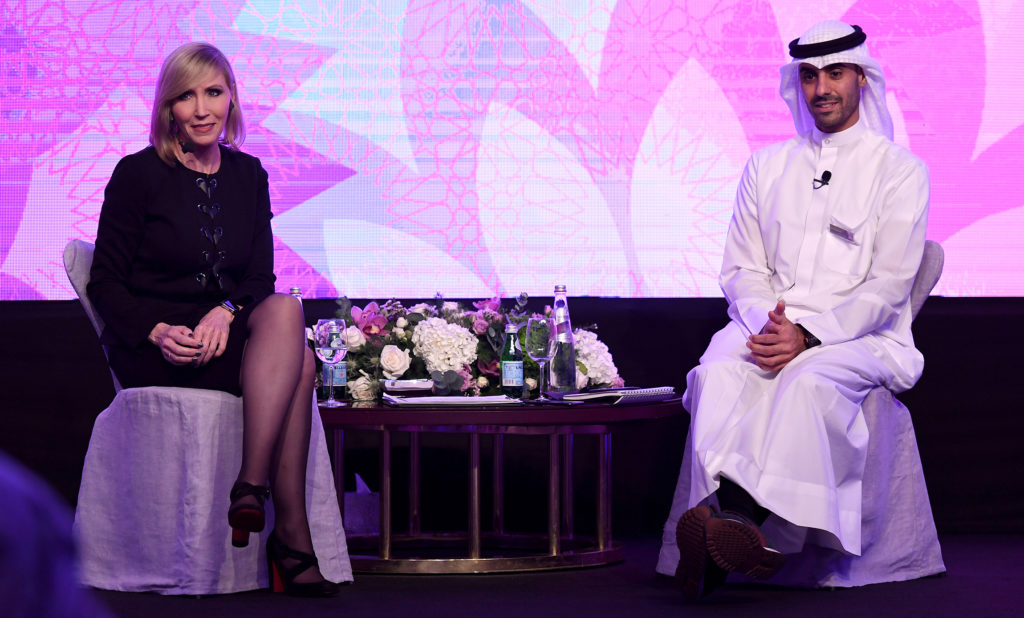 In what is arguably the most conservative culture on earth—the Middle East—more is being done by men and women in business to dismantle gender barriers than in most Western countries.

If you find that hard to believe, read on.

You might be feeling shocked or skeptical. You might be deeply disturbed by the decades of edicts that have diminished Middle Eastern women. By the harsh rules of gender segregation, the dearth of women’s legal rights and the myriad of other well-documented sociocultural issues woven into the culture.

I’m not asking you to set those realities aside.

To the contrary. My point is this: If a chief executive of a major corporation in the Middle East can influence women’s equality amid this history, we all can. No excuses.

After all, the Harvey Weinstein-inspired reckoning in the U.S. has unmasked the fact that we’re not nearly as far along toward our goal of gender equality as we thought. It’s become painfully clear that organizations and industries around the world could use a more modern and pragmatic approach to gender dynamics.

Let’s look at how this CEO is forging a new way ahead for women in business—and how your organization can, too. 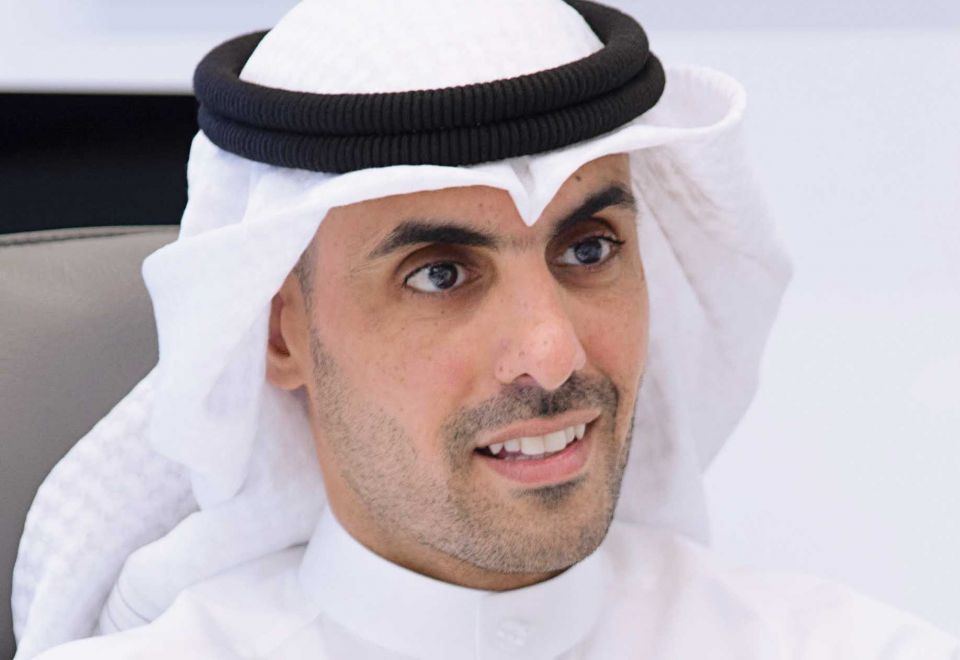 Bader Al-Kharafi was recently named the most influential man in Kuwait. Just 40 years old, he’s innovative, thoughtful, and courageous. He has an engineering degree and an MBA from the London Business School, and he hails from a legendary business dynasty in Kuwait called M.A. Kharafi & Sons (MAK), which operates 135 companies in 28 countries. And while it’s never easy to follow in the footsteps of a renowned father, he’s earned deep respect in the region for his leadership following his father’s death in 2011.

Just as important, Al-Kharafi comes from a family of strong women. His mother helped develop influential leaders in the family business, his aunt was the president of Kuwait University, and his wife runs both a yoga studio and marathons. Al-Kharafi and his wife are raising their children to be good to others, honest, and always deliver on promises—the same principles that his parents taught him about business.

With those three principles to guide him, Al-Kharafi is now on a mission to re-engineer social dynamics in the workforce in the Middle East and North Africa (MENA) region.

Mind you, it’s a financially pragmatic approach, as well. After years of government funding from oil boom profits, residents across the region have disregarded productivity. The unemployment rate for the region’s youth hovers around 30% (Why work when the government gives you money?), and 76% of women in the MENA region are not represented in the workplace, says the Organization for Economic Co-operation and Development (OECD). Having as many women as men in the region’s labor force could boost global GDP by $12 trillion.

Which means that unleashing the region’s considerable human promise—its youth and aspiring women—is a social and business imperative. Al-Kharafi has taken action by forming The Women’s Empowerment Network, an initiative to transform the social and economic power of women in the MENA region.

He recently launched the initiative at his largest company, the Zain Group, where he’s the vice chairman and group CEO. Zain is a leading mobile telecom provider serving 45 million customers in eight countries in the MENA region, from Saudi Arabia to South Sudan. 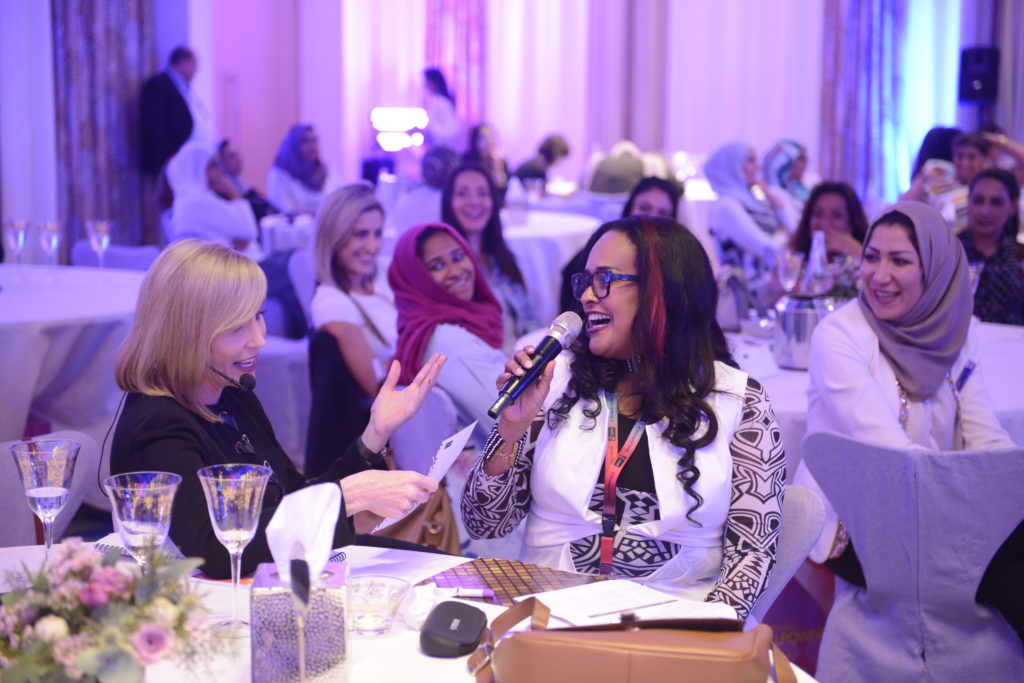 I’ve spent many years advising C-suite leaders at Fortune 500 companies on how to influence in all directions, regardless of the conditions. So I was honored when Al-Kharafi and his team asked me to help develop and lead the recent daylong kickoff of the initiative in Kuwait.

The program included a live interview with Al-Kharafi, along with think tanks on women’s empowerment, education, and entrepreneurship, with 250 female participants from Zain’s eight countries along with 1,000 others via Livestream.

Our goal was to create lists of actionable ideas to help women in business advance to leadership positions.

The opposite occurred. The women stepped up and responded by sharing their truths, openly, all day. They created an impressive list of attainable ideas to help men and women in business lead together and elevate the workplace. The leadership at Zain stepped up as well. They began to implement those ideas within days, creating policies and processes to help women, men, youth—and the entire organization—rise to new heights.

If organizations around the globe embrace a pragmatic approach, it will elevate gender dynamics around the globe. In other words, a leader in the Middle East can help all of us push the reset button on our own attempts to attract, retain, and develop leaders of both sexes.

This assignment taught me new lessons. Here are five things that the most influential leaders like Al-Kharafi are doing to ensure positive change in gender dynamics in the workplace and beyond:

First, the CEO must boldly champion the movement. It’s imperative that the CEO gets out front and leads this empowerment change—and is not just a figurehead. The chief executive must make gender parity a priority and clearly define the movement’s intentions, ideal outcomes, measurements, and expectations. These robust, two-way conversations must be delivered in person, and the chief executive must invite and answer every question.

Second, empowerment must be tied to P&L. It’s not what you say, but what you measure, repeatedly and transparently, that creates priorities and changes minds. Key Performance Indicators (KPIs) are a reflection of an organization’s true priorities. Establish KPIs that benchmark and monitor your definition of successful gender parity. These could include such variables as pay levels and attrition rates between men and women in similar functions and the ratio of women promoted to women eligible for promotion. These metrics must go beyond meeting arbitrary quotas and should become agenda items at board meetings, strategic planning sessions, and operational reviews to demonstrate progress to key stakeholders, including investors and employees.

Third, influence must be anchored in all directions—and integrated into the decision-making process. It’s crucial to create a top-down, peer-to-peer, and bottom-up culture of meaningful influence for gender-equality practices and policies to succeed. Give people concrete methods and empowering conditions in which to make decisions and share their suggestions. Organizations must encourage open-membership action teams and think tanks and move quickly to implement positive change, regardless of where it originated.

Fourth, leaders must engage in battle against workplace dominance at all levels. The health of your organization is at stake if dominant behaviors are ignored. It’s crucial to fight destructive power plays and hissy fits. To ignore them leads to high turnover rates, resentment, and missed targets. Misconduct isn’t limited to high-profile leaders who assert their power and positions to manipulate others. A culture of dominance from the top spills over to the rest of your organization. It manifests itself in departments and teams who assert their superiority over others.

Fifth, you must identify why women (and men) in the workforce are silent about gender issues. People tend to go silent if they fear one of three things: retaliation, indifference, or disbelief. We’ve seen all three play out recently in harassment scandals around the globe. In order to influence a positive outcome, especially when it involves the bad behavior of powerful people, you must understand how and why the negative forces and whisper campaigns took root. What’s the root cause of silence in your culture? How can you earn respect and trust so that people share their truths openly rather than turn to the rumor mill? Openness begets openness.

One bit of advice that I shared with leaders in the Middle East is that when females join the conversation they’ve inspired and help lead it, lasting change will occur. The empowerment movement will only take hold when men and women lead it together.

It’s time we ended our comparative complacency in the U.S. along with the belief that we’re somehow “better” than others, if not perfect. We’re falling short of the initiatives that others are taking, and the situation won’t get better unless we recognize that we all have to share in this responsibility and take action with these five imperatives now.

The founder of Influence 360° and chief executive of The Dieken Group, Connie Dieken advises c-suite executives on how to expand their influence in order to grow their organizations. She was recently named one of the world’s Top 10 Executive Coaches and has been honored as one of the Top 10 Female Business Owners in her region by the National Association of Women Business Owners. A five-time Emmy Award-winning journalist, she’s also been inducted into the National Speakers Association Hall of Fame and the Radio/TV Broadcasters Hall of Fame.