(440) 930-8500 booking@conniedieken.com
What Makes For A Great Keynote Speaker? Play Connie's ReelDownload the Prospectus

“Connie has been our keynote speaker four different times and she has been outstanding every single time. She takes the time to understand each audience, personalizes her content, and is first class. Highly recommend her!”

“Connie establishes credibility with senior leaders, instantly connects with any audience, and delivers actionable insights. Bottom line, she helps us achieve our goals.”

“Connie mesmerized our audience at the International Convention Center in Sydney.  She has a remarkable talent for connecting with audiences through her warmth, presence, and her ability to bring the audience “into” her presentation. She’s our highest rated keynoter to date. On top, she is an absolute joy to work with.”

“Connie provided sound advice on leadership and inspired all my fellow Zainers. I believe the program will reap benefits for the MENA region as a whole.”

“What a star you were as our keynote speaker! It was clear to the audience that you “got us” and were passionate to help us practice our passion!” You did a superb job weaving real pearls relevant to our industry into your presentation. Thank you!”

“What an inspiring program. You are so professional and knowledgeable and share it with such passion, confidence, and authority. We thoroughly enjoyed your approach as you took a complex concept and made it clear for our leadership and sales teams to implement.”

Looking for a highly respected, engaging keynote speaker? Connie has been inducted into the Speaker Hall of Fame®

Click Here to Book Connie for Your Next Event!

Get a Keynote Speaker as Unique as Your Organization.

For more than 20 years, Connie Dieken has dedicated herself to journalism as a television news anchorwoman, reporter, broadcast personality, and talk show host, including co-hosting The Morning Exchange, America’s longest running television talk show. She is a multiple Emmy® award-winning and Telly® award-winning journalist and her excellence has led to her induction to the Radio/Television Broadcasters Hall of Fame.

Connie has represented more than 50 companies as their spokesperson, including Intel, Sealy, GE, American Greetings, Ernst and Young and Goodyear. She has been the trusted executive coach and advisor to many leaders who run the world’s most recognizable brands. She has become the most respected and in-demand executive coach, keynote speaker, author and authority on learning the skills needed to become an influential personality in all forms of leadership and communication.

Connie is the author and co-author of five books, dedicated to teaching individuals influential leadership, communication and presentation techniques. Her most recent bestselling book, Talk Less, Say More: 3 Habits to Influence Others and Make Things Happen, takes Connie’s knowledge, research and experience coaching high-powered leaders and condenses it into a fast-paced, no-nonsense guide to teach anyone to be an influential communicator with anyone, anywhere.

Your organization is unique, so you deserve a unique keynote speaker to engage your audience. When you book Connie Dieken, you aren’t getting someone who jumps on stage with a pre-canned speech. Connie gets to know your organization, your people, and your challenges. Then, she builds a program that meets your specific needs.

or Start with an Existing Topic 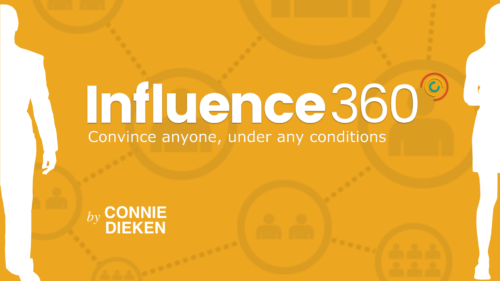 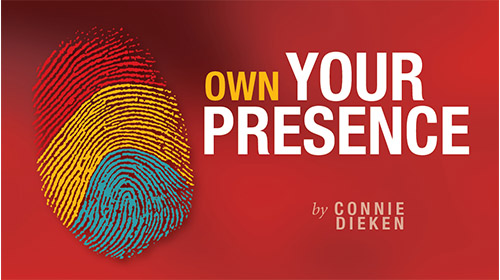 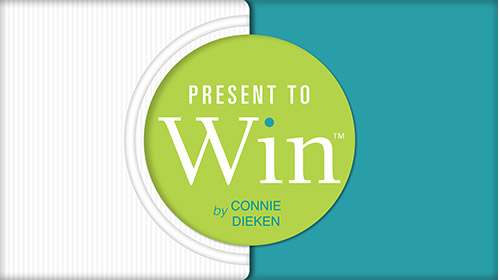 Prior to every event, Connie starts with a call to understand the specific needs and challenges that either the company or audience is facing. She takes the time to thoroughly understand your organization, your program, and your ideal outcomes long before ever taking the stage. Then, she researches the client and audience to ensure they are getting a practical keynote with business expertise to overcome their specific challenges.

The end result: Everyone walks away with an understanding of the goals set and the actionable steps their audiences will receive. By choosing Connie as your keynote speaker, you’ll get a customized keynote that will guide your audience to take action. 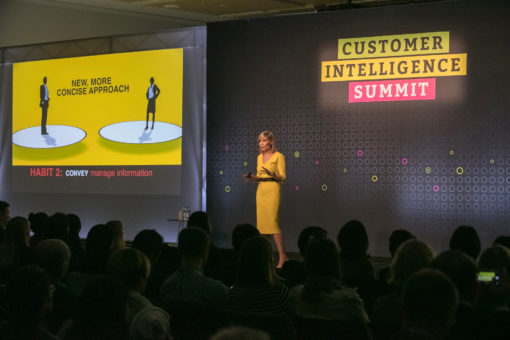 Connie ensures audiences are energized with new skills and the ability to put their knowledge into action. She isn’t afraid to get off stage and spends a fair amount of time engaging with audience members directly.

No pre-canned talks: all keynotes customized to every organization.

Connie delivers an experience like no one else.  Whether you’re facing leadership, influence, organizational change, culture, diversity, or communication challenges, Connie will build a keynote that meets your needs. 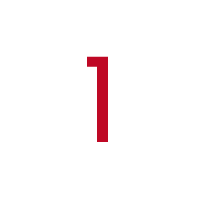 What challenges & opportunities are you facing?

Getting to know you and your goals and building a bond is critical. Connie talks with you and others around you to identify strengths and opportunities for growth.

Connie builds a program specific to your challenges. Leadership growth begins with understanding and correcting behaviors that hinder our ability to influence situations around us. 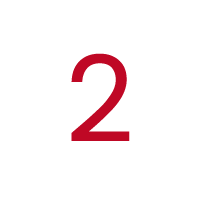 Connie collaborates closely with each client to ensure the keynote meets their needs and goals. Her keynote delivery engages audiences, gets them energized, and gives them a fun experience. 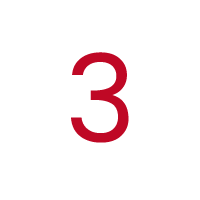 Insights after the keynote.

After the keynote, Connie follows on to ensure she met expectations and to deliver any additional insights after the talk has concluded to help each client drive forward momentum. 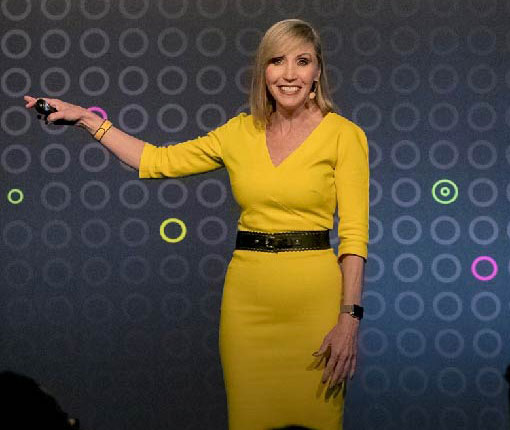 Backed by decades of research on thousands of executives.

All keynotes are backed by Influence360™, a first-of-its-kind study to scientifically research influence, validated by the Social Research Lab at the University of Northern Colorado.

Influence360 is designed to understand the psychology behind influence, presence, and the habits that effect our ability to influence others. The study is backed by ongoing research and decades of work with thousands of executives. 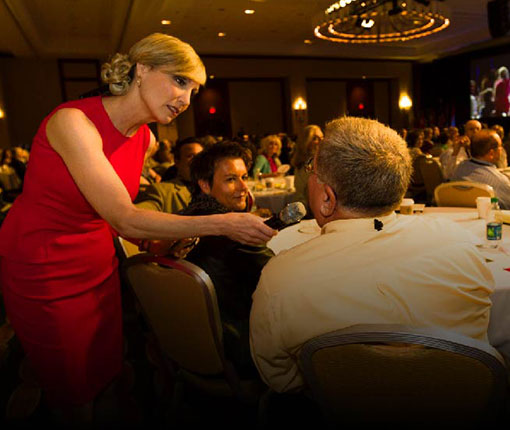 Ensure audiences get the most out of your event. Participants walk away with real-world skills that help them to: 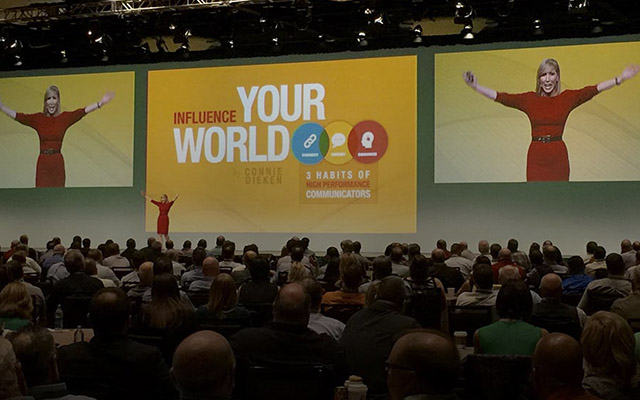 See Connie in the Spotlight 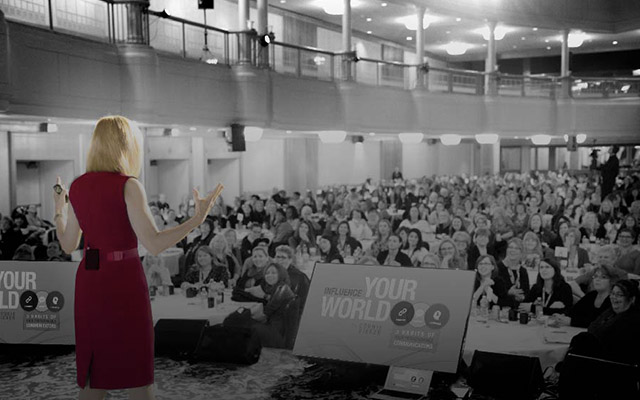 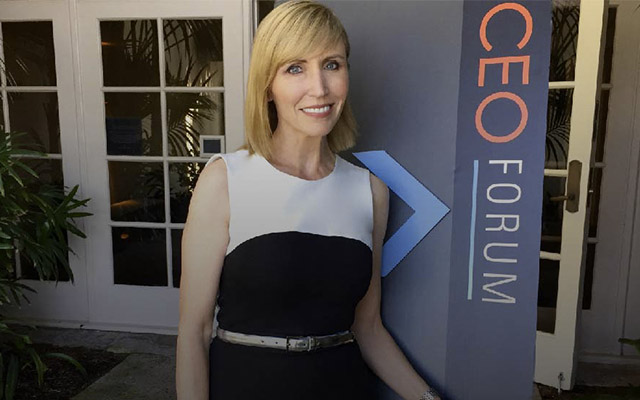